News too good to skip

END_OF_DOCUMENT_TOKEN_TO_BE_REPLACED

Today’s educating bit of the day – learn a few tidbits about quantum physics and how everything ties together (not really). Learn a bit about light, matter, gravity, and more.

When small cannot get any smaller, you enter the quantum world of quarks, photons, and space-time foam. You’re welcome to take a look at this indivisible side of nature, but just remember to leave your common sense at the door.

But the dissection stops there: electrons and quarks are the smallest pieces of ordinary matter.

Then again, that’s what they said first about the atom, then the proton/neutron/electron. Is that really the smallest piece? Or does the answer to that depend on what “ordinary matter” is? That’s not answered in the article, but I think it’s a question worth asking. I suppose in a few years, we’ll learn there really is something smaller.

[tags]Quantum physics in brief, On light and matter and other quantum things[/tags]

When you wonder “What were they thinking?”

Another day, another fine fine airport security idiocy to report. This time, the danger is a rubber-band ball – probably about the size of a soccer ball. The end result is jail time with no actual charges.

I was departing a small commuter airport in Southern California last week and I found myself in jail! Here’s the story with the facts, and without any “emotional hype.”

About two years ago I made a big, rubber band ball. It’s bigger than a softball, but not as big as a basketball. It’s made of 100% rubber bands, and the core is nothing but knotted rubber bands. It’s been in the trunk of a car that I own and keep down there for most of that time.

I decided to bring it home to Anchorage to work on more, and that proved to be a bad decision.

END_OF_DOCUMENT_TOKEN_TO_BE_REPLACED

The robots are learning humor. Perhaps in an effort to catch us all off-guard? Regardless – don’t be fooled by friendly utterances from robots!

How do you stop a robot from destroying you and the rest of civilization?
You don’t.

Little Susie tosses a clock out the window. A robot inquires, “Why did you do that?” She replies, “I wanted to see time fly!” The robot says, “Ah … A perfect subject for elimination,” and shoots her with a laser beam through the face. 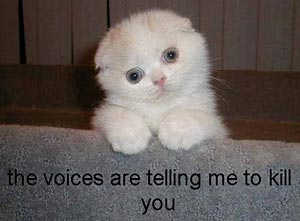 This is going on the Give me gifts page when I can access the site to update it. Sure, this is pricey, but for $80, you can get constant lightning in a tall glass tube. What’s not to love about that? 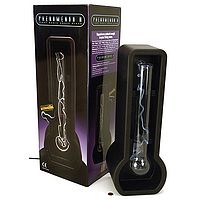 [tags]Lightning in a tube, Stuff I want, Give me gifts[/tags] 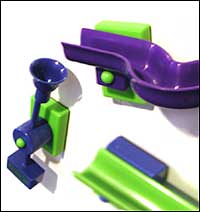 Refrigerator marble tracks? How could that not be considered cool? Get your own set at Firebox.com for only $30.

And if that doesn’t quite catch your fancy but you like the marble theme, try out Marble Racer instead, for just $30-$40 (depending on which set you buy). 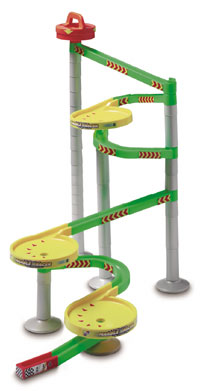 I’m not sure I’d actually celebrate on mass circumsion day – would you?

I just snagged this from Neatorama. This is a political cartoon from Steve Sack (of the Star Tribune) characterizing Saddam Hussein’s death sentence. I like it.