I’ve had a couple of LEGO items lately, so I’ll point out LEGOstar Galactica for your enjoyment

Well, what can be done? Unfortunately, we’re not allowed to stop people from reproducing just because they inhabit the shallow end of the gene pool.

After months of rumors, Nicole Richie confirmed Tuesday that she is pregnant.

“Yes I am. We are,” Richie told ABC News’ Diane Sawyer in an interview to be aired this week. “I’m almost four months.”

I know. I’m hateful. But really, she and Paris are responsible for a lot of the bad that is reality television that we have to suffer through these days. Not the first, but some of the worst.

[tags]Nicole Richie pregnant, The shallow end of the gene pool[/tags]

I don’t know how many of you watched or remember the cartoon ReBoot from the mid-90s, but the series will be seeing something of a rebirth in form of 3 feature length films and a web comic. The show was cheezy, but entertaining to many (a group in which I include myself).

“ReBoot” — one of the earliest computer-animated episodic TV series — will be redeveloped as a trilogy of feature-length films by Rainmaker Animation.

Originally produced in 1994, the series was created by MainFrame Entertainment, which was acquired by and renamed Rainmaker in 2006. “ReBoot” aired for several seasons on ABC, YTV and Cartoon Network.

“The idea is to relaunch the brand in a new way,” said Rainmaker Animation executive vp Paul Gertz, who will oversee the project.

Ultimately, the series rebirth appears tied at least tangentially to the comic fan social networking site Zeros 2 Heroes, if I’m reading the article correctly. So today I’ve learned of the coming rebirth of an animated show I used to enjoy AND that there is a social network out there which seems to be targetted at people even geekier than I am. What a learning experience this has been.Ã‚Â  Now if someone would just release the entire series on high-quality transfer DVDs (they messed up season 4 in an earlier DVD release – I want all the seasons done right).
BONUS: Unaired “Making Of” video via YouTube.

Extra Bonus: Keep up to date on the revival efforts by fans at the ReBoot Revival web site.

Man, people like this really peeve me. Enough for me to feel we need harsher punishments for people who intentionally cause harm to children – thus the price of one bullet question above.

WEST PALM BEACH, Fla. – A Florida woman accused of using aliases to adopt 11 New York children received as much as $2 million in child welfare payments even as she starved, bound and abused them, police said Tuesday.

Authorities believe Leekin held the adopted children like prisoners in her Port St. Lucie home, often handcuffing them together and forcing them to soil themselves because they weren’t allowed to use the bathroom.

Every time I read crap like this, I think how much we need another update to the comic character Vigilante (and his updated version known as Vigilante). Read the full article to get a better idea of just how bad this was. I’ve left out some of the more disturbing details. Sounds like the kind of thing that would make one of the children who have since moved out turn all Samuel L Jackson on the worthless ass of this woman some day.

[tags]Woman abuses children and welfare payment system, People who need to not waste oxygen, Where is a vigilante when you need one[/tags]

In beta test right now, the Personal Software Inspector from security vendor Secunia inspects your installed software and tells you if it is up-to-date, insecure, or at the end of its life.

The Secunia PSI detects installed software and categorises your software as either Insecure, End-of-Life, or Up-To-Date. Effectively enabling you to focus your attention on software installations where more secure versions are available from the vendors.

Needless to say, we are very excited about this new free service for the Secunia security community. We appreciate all feedback, thoughts, and ideas that you wish to share with us.

On the security side, Secunia is a good company, so I expect this tool will be good, too. As already noted, its currently in beta, but the final release will still be free for personal use. For more details on the tool, hit the above shortcut or look at the more detailed software information page.

This is now my favorite forum stupidity response ever. 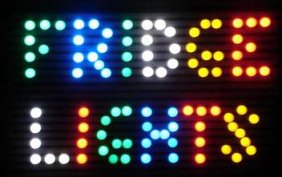 On Instructables, there is a guide to making your own refrigerator LED light kit, so you can put up cool (no pun intended) signs or images. It seems to be a pretty easy project, requiring just a few out-of-the-ordinary things to make.

Turn your fridge into a canvas for LED art. Any passerby can place and relocate the magnetic LEDs any way they wish to create illuminated pictures and messages. 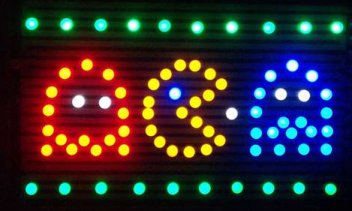 More details on the ingredients listed above as well as necessary tools for the project are available in the full Instructables guide.

As a side-note to those few readers who know much about the late life of the Tandy Color Computer, this project was done by none other than the amazing Sock Master, creator of some of the most amazing (at the time) demo-scene style work ever seen on the CoCo.