This is a potentially big oops. 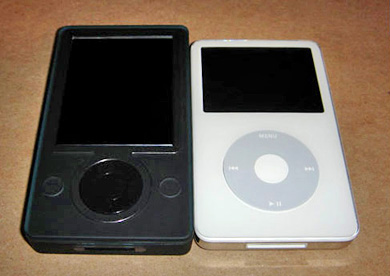 The folks at TechEBlog have put up a few images showing the Zune and the iPod side by side so you can get a better look at the devices. While the Zune is larger in all respects, it sounds like it is lighter than the iPod. And that makes me wonder how durable the device is. I must say, however – that Zune screen looks pretty sexy.

From a recent Worth 1000 contest comes this inspirational poster. 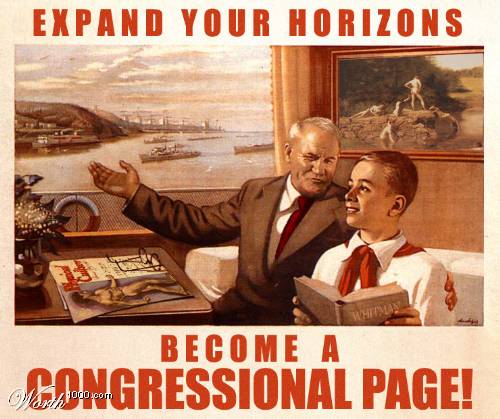 A screenshot from the new Sonic game for the Xbox 360. (via TechEBlog) 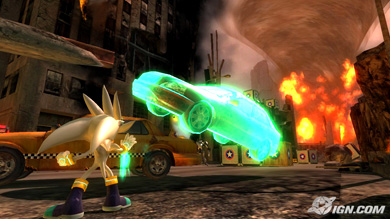 About 4 percent of America’s hops have gone up in flames. Most of America’s hops are grown in the Yakima Valley in Washington state, where a 40,000-foot warehouse storing hops burned down yesterday. According to the AP story, “By mid-afternoon flames engulfed most of the building, sending up plumes of smoke and a pungent aroma.”

The cause of the fire is not known. Nor is the effect on beer and beer prices. The world mourns. Start hoarding now.

If you brew your own, it might be time to hoard an extra bit of hops now. (via boingboing)

[tags]Hops – up in flames, A heavy hit to American beers?[/tags]

I often look at how things work in politics and in the judicial system and think that for the problems we see in these arenas, a large part of the operation involved goes well enough. Sure, there are occasional WTF? moments for some court rulings, and some zOMG thoughts come up when politicians do idiotic things. But mostly, things work well enough that there isn’t a pressing need to seek change in the processes. However, when rulings like this get passed down, I really wonder how these decisions can come about.

The Bush administration is allowed to continue its warrantless surveillance program while it appeals a judge’s ruling that the program is unconstitutional, a federal appeals court ruled Wednesday.

The president says the program is needed in the war on terrorism; opponents say it oversteps constitutional boundaries on free speech, privacy and executive powers.

“Yes it’s unconstitutional. Go right ahead with it until you get the answer you want from the court system.”

This is absurd, and leaves me wondering exactly who thought this was a good idea.

The 6th U.S. Circuit Court of Appeals’ ruling by a unanimous three-judge panel allows the program to continue during the appeal that could take months.

In their brief order, the judges said they balanced the likelihood of success of an appeal, the potential damage to either side and the public interest.

And I have to assume weighing in the public interest didn’t take citizens’ Constitutional rights into account, or the decision would not have been made. The Constitution should outweigh any judgement made based on likelihood of success of an appeal. But to the 6th U.S. Circuit Court, apparently it doesn’t.

Another annoying bit in this whole fiasco is this quote:

But the government says it can’t always wait for a court to take action. It says the NSA program is well within the president’s authority but proving that would require revealing state secrets.

Fortunately, the creators of the 1978 FISA (Foreign Intelligence Surveillance Act) understood that, and put in specific provisions to allow the President the power to initiate wiretaps without a warrant, provided a warrant is applied for within 48 hours of initiating the wiretap. Once the request is put in, the wiretap can continue until the request is approved or denied. If it is approved (which damn near always happens), the entire tap is legal. I don’t understand why the President feels requesting authorization from a court dedicated to authorizing these taps within 48 hours of initiating a wiretap is so difficult. But I think a lot of things are more difficult for the President than for most people.

Oblivion is confirmed for the PSP.

If you are a City of Heroes player, you really need to check out this great YouTube video of one hero’s surrealistic experience with the afterlife and crossing over.Ã‚Â  It’s nearly 7 minutes of well done machinima.Ã‚Â  I really need to learn how to do these kinds of movies.

I’ve started a gift guide for Mr. Awesome (that would be me) in case you are wondering just what to get me for Christmas.Ã‚Â  I have lots to add, but figured I should start with something and grow it.Ã‚Â  And if you aren’t in my family, I can’t imagine why you would actually want to see what I want.

So here’s the latest handy laser news. And this one is a cool technology that I think I can improve with a simple suggestion. Read on and find out how I would make this better.

Cascase, a specialist in anti-terrorism laser technology, yesterday said it had signed a licensing deal with French telecomms giant Alcatel that could reap revenues in the “tens of millions” of pounds for the Scottish company.

The Strathclyde University spin-out has developed a laser-based system for detecting drugs, explosives and hazardous compounds in the air, and the deal with Alcatel is regarded as a major milestone in getting its anti-terrorism products to market.

I suspect that right away, any regular reader of my site knows the way to improve this technology. Mount the frikkin’ laser detection device on the head of a frikkin’ shark. If the sensor goes off when a traveller passes the detection checkpoint, CHOMP goes the shark. Problem solved, threat averted, and the cost of prosecuting folks carrying illegal compounds on flights goes way down. Sure, the shark might occasionally CHOMP an innocent due to a false positive, but I look at that as an R&D issue – besides, it keeps feeding costs down, too.

You all know I like all things piraty, right? Pirates are even better than frikkin’ sharks with frikkin’ laser beams on their frikkin’ heads (although a pirate with a frikkin’ head-laserfied shark for a pet would be even more awesomer). So when I saw that I could buy pirate tableware with which to dine in me own fine home, I get ter thinkin’ that maybe this would be t’ thin’ fer me to order. 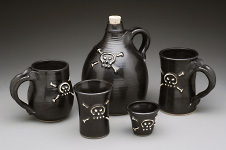