Because you never know when you will end up on Jeopardy, I like to point out the things I find which can fill your head with the useless trivia you need to succeed. The latest of these findings is this write-up on The Guardian of the British Medical Journal’s top 15 milestones on the path to modern medicine.

Revolutionised surgery. By the end of the 19th century, anaesthesia had become a symbol for the wider humanitarian movement. It remains the most vivid example of medicine’s capacity to diminish human suffering.

Unfortunately, it has no lasting effect on diminishing human suffering due to marriage.

Realisation that germs carried on the hands of doctors could transmit lethal infections to women in labour by Ignaz Semmelweis in Vienna in 1847 became the accepted germ theory of disease. At the end of the 19th century, infection caused 30% of deaths. By the end of the 20th century it caused less than 4%.

I just thought that was a pretty cool statistic.

The oral contraceptive brought about a social as well as a medical revolution and had huge benefits for women. It was the first potent drug to be taken by millions of healthy people and the active ingredient is virtually unchanged.

Thanks to the pill, both times my wife and I have sex (with each other) every year, her chances of pregnancy are less. Cool. (via Sigma Xi’s Science in the news newsletter – subscribe and you can smartify yourself like I have)

A cow-orker sent this to me today. I thought it was too funny to not share with all 3 of my overwhelmingly brillaint readers and both my inept social outcast readers, as well. For the 2 inept readers, make sure to click the “More” link below to finish the joke. It’s even less funny if you stop after 2 paragraphs. 🙂

I remember my excitement the first time I saw a restroom faucet with a motion detector. It was like magic. I just waved my hand in front of the sensor and water spat forth. It was like the food replicator on the Star Ship Enterprise, but Version 1.0 that only produces cooty water.

Eventually the soap dispenser caught up. That was less exciting for two reasons: 1) It was just copying the water faucet, and 2) It is exactly how I imagine it would feel if a bird pooped on my hand.

Lately, some paper towel dispensers have joined the action. Activate the sensor and a paper towel presents itself. Scientists have obviously spent a lot of time calculating the proper dimensions for this towel. It’s precisely the size that is too small to be satisfying and yet large enough that you won’t rip the dispenser off the wall, smash it in the sink and grab a big wad of towels from its stinkin’ guts. But you’re tempted.

END_OF_DOCUMENT_TOKEN_TO_BE_REPLACED

You know what you can never have too much of? Power. Sure, sure, it corrupts and all. But when you have real power at your fingertips, you can achieve so much. Thinking of power-lusters such as myself, Ultra Products has put out a 2000 watt power supply for good computer fun. I’m guessing you could run a couple of good video cards along with lots of hard drives and a CPU or 2 with this much power. 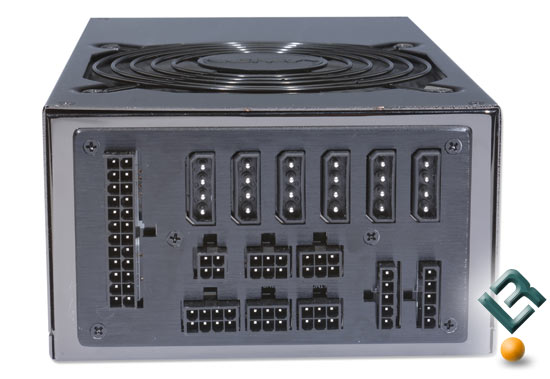 The Ultra X3 Modular 2000W PSU has a footprint that is similar to the PC Power & Cooling 1000W power supply. This means this PSU comes in at 10.25 inches long and doubles the power rating all while keeping the same form factor!

. . . “It’s not so much that we believe personal computers today need as much as 2000W of power,” explains George Ali, Vice President of Sales and Marketing for Ultra Products. “In fact, most household circuits can’t even provide the AC power this unit would require in order to put out 2000W of DC power. But there’s the always-inevitable questions of ‘Do I have enough power?’ or ‘Does my power supply have enough juice where my high end components need it.’ That is why we have put together this 2000W unit; as the end all of power supplies as far as DC output goes. With as much as 1800W available on the 12V alone, there should be no concern whatsoever that there is enough power available for quad core, quad GPU or large drive arrays.”

The down side is this sucker looks to only have one 12V rail – a potential no-no if you are going by the ATX12V 2.2 guidelines.

The PSU puts out more than enough on the 12V rail that this isn’t a real concern, I think, but there is still a potential for problems in some cases.

A friend sent me this link to a history of home consoles via images.Ã‚Â  I’m managed to pick a few of the losing consoles in that history – in particular, the TurboGraphx-16, the TurboDuo, and the Dreamcast.Ã‚Â  All systems I liked, and which I believe were the best available at the time, but which failed commercially.Ã‚Â  If you aren’t familiar with the TurboGraphx-16 and TurboDuo, check out what they were like via the MagicEngine emulator.

The Associated Press has done a poll of Americans to determine the biggest villain and biggest hero of the past year. In a comfortable lead, President Bush took the villain of the year. However, in another easy win, President Bush took hero of the year. I’m surprised by half the results, given how bad a President he has been in my eyes. But clearly at least 30% of the country has a different view of the man than I have.

Bush won the villain sweepstakes by a landslide, with one in four respondents putting him at the top of that bad-guy list. When people were asked to name the candidate for villain that first came to mind, Bush far outdistanced even Osama bin Laden, the terrorist leader in hiding; and former Iraqi leader Saddam Hussein, who is scheduled for execution.

The president was picked as hero of the year by a much smaller margin. In the poll, 13 percent named him as their favorite while 6 percent cited the troops in Iraq.

Bush was the choice of 43 percent of Democrats for villain, and 27 percent of Republicans for hero.

And while we’re looking at the best and worst, why not see what else the AP poll covered?

END_OF_DOCUMENT_TOKEN_TO_BE_REPLACED

How long have we heard that using a cell phone will give you brain cancer? Many well-run studies have shown that to be false. Still, there are plenty who won’t believe that. Not that it will sway the nutjobs, but there is yet another study showing no connection between cell phone use and brain cancer over the long term.

The Danes, relatively inactive on the world scene since their conquest of Greenland and invention of that delightful pastry, have conducted one of the best health studies yet revealing that there’s no apparent link between cancer and cell phones.

Researchers at the Danish Cancer Institute (who, remember, don’t want you to get cancer) followed more than 420,000 cell phone users, nearly a tenth of the Danish population, and found that their cell phone habits did not increase their risk of any type of cancer. The results were published last week in the Journal of the National Cancer Institute.

Brain cancers can take many years to develop. The most reassuring aspect of the massive Danish study is that some of the cancer-free subjects have been using cell phones for more than 20 years.