I love it when a plan comes together. And this pilot pulled together a plan beautifully.

A fast-thinking pilot, with the help of passengers, fooled a gunman who had hijacked a jetliner flying from Africa to the Canary Islands, braking hard upon landing then quickly accelerating to knock the man down so travellers could pounce on him, Spanish officials said Friday.

Speaking to the gunman during the hijacking, the pilot realized the man did not speak French. So he used the plane’s public address system to warn the passengers in French of the ploy he was going to try: brake hard upon landing, then speed up abruptly. The idea was to catch the hijacker off balance, and have crew members and men sitting in the front rows of the plane jump on him, the Spanish official said.

Seems every once in a while, you do see bitching hard karmic payback. (via boingboing)

[tags]How not to hijack a plane, Stupid criminal loses in the end[/tags]

Listening to the news today, I heard a story about recently released video from the JFK assassination. I wondered how this video could be kept hidden for so long, assuming some network had it stored away in a forgotten container only to find out it was a personal recording by an average person who was watching the motorcade and just happened to be recording it.

Previously unreleased footage of John F. Kennedy’s fateful motorcade in Dallas moments before he was gunned down was released on Monday, a surprising new detail in a saga that has gripped the United States for four decades.

The silent 8mm film shows a beaming Jacqueline Kennedy close up in vivid color waving to the crowd.

A group of excited bystanders — women sporting big 1960s hairstyles — waves to the cameraman shortly before the motorcade sweeps past.

The president’s coat is clearly if briefly seen bunched up on his back — a detail that will be scrutinized by conspiracy theorists who see evidence of a plot in, among other things, the fact the bullet wounds on his jacket and body did not appear to match.

The film was donated to the Sixth Floor Museum in Dallas by amateur photographer George Jefferies and his son-in-law, Wayne Graham. It was released to coincide with the Presidents Day federal holiday.

Museum curator Gary Mack said he was not surprised Jefferies took so long to come forward.

“Everyone who captured the motorcade before the assassination thinks their pictures are unimportant. But to historians, all photos and home movies are important to possibly answer questions that will be asked in the future,” he said.

I came out of my office to watch the story as it ran. MSNBC showed a few seconds of the video, but not enough to really see anything. One of the points discussed in the story is the number of other people seen in the video who also had video recorders. Experts (for some unknown value of “Experts”) are apparently going to try to find out who these other people are (and I have no idea how they will do that – maybe those Student Loan collections companies will help) and see if they can get any more long forgotten videos and pictures of the assassination.

I expect to see lots of conspiracy theorists analyzing this video if it ever makes it in full to the general public. I’m sure we’ll see more detailed analysis telling us there is no way one gunman could have shot JFK, or that the video proves he couldn’t have been shot from the location and angle Lee Harvey Oswald would have had. But then, there are loons everywhere, aren’t there?

EDIT: Fixed bug in which most of the story was cut.Ã‚Â  Also, found out after I posted that the full video has already been posted online.

[tags]New JFK assassination video made public, Oh the conspiracy theorists will have a field-day with this[/tags]

In an effort to help all us herdlings who jump on the latest tech whenever possible, AOL has posted a list of 5 gadgets to hold off buying until the next generation of them comes out – presumably also when these products improve and/or the prices come down.

Many first-generation products have so many little bugs that these highly anticipated toys simply don’t live up to the hype. Making matters worse, consumers have to pay top dollar to get their hands on the newest technology. So unless you simply must have it, you’re better off waiting until the next generation, says Tom Merritt, executive editor of CNET.

Before talking about any of the gadgets, let me just say I’m confident it would be easy to expand this list waaaaaay beyond just 5 gadgets. That said, here are a couple AOL pointed out:

END_OF_DOCUMENT_TOKEN_TO_BE_REPLACED

A video presentation from the History channel gives us this news about the long-delayed rescue of the Donner party in 1847.

On this day in 1847, the first rescuers reach surviving members of the Donner Party, a group of California-bound emigrants stranded by snow in the Sierra Nevada Mountains.

In the summer of 1846, in the midst of a Western-bound fever sweeping the United States, 89 people – including 31 members of the Donner and Reed families – set out in a wagon train from Springfiled, Illinois. After arriving at Fort Bridger, Wyoming, the emigrants decided to avoid the usual route and try a new trail recently blazed by California promoter Lansford Hastings, the so-called “Hastings Cutoff.” After electing George Donner as their captain, the party departed Fort Bridger in mid-July.

If you are somehow unfamiliar with the Donner Party, let’s just say the short-cut wasn’t, nor was the party a party. The group was stuck in the mountains by an early and harsh winter set-in, and stranded there for 4 months. The survivors had to turn to cannibalism to make it until then, as all other supplies ran out long before rescuers arrived.

OK, I’ll let you imagine your own further captions for this one.

Um, yes, that isn’t what this symbol means, but it was the first thing I thought of when I saw it:

The new radiation warning symbol from the International Atomic Energy Agency. I’m betting this is somehow tied to the challenge of providing nuclear waste warning symbols that will be meaningful in the thousands of years during which the waste is still potentially harmful, in addition to having possible usefulness in the present.

With radiating waves, a skull and crossbones and a running person, a new ionizing radiation warning symbol is being introduced to supplement the traditional international symbol for radiation, the three cornered trefoil.

The new symbol is being launched today by the IAEA and the International Organization for Standardization (ISO) to help reduce needless deaths and serious injuries from accidental exposure to large radioactive sources. It will serve as a supplementary warning to the trefoil, which has no intuitive meaning and little recognition beyond those educated in its significance.

So made for warning people today? I get the red warning color. Otherwise, I still think it looks as much like a warning against blowing air on pirates. And maybe making that AOL guy run away. 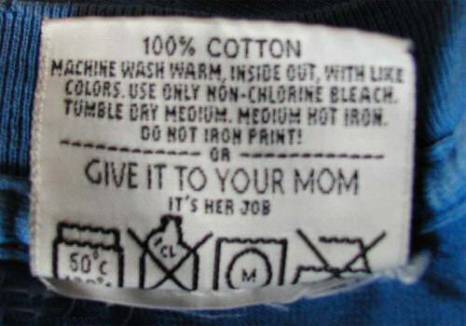 I just saw this at Joystiq. 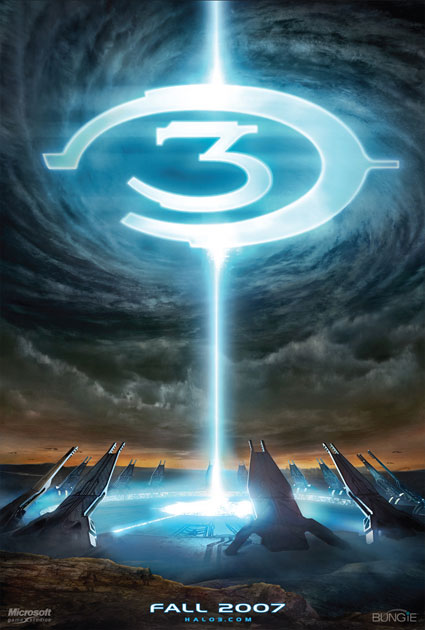 I can see the appeal of Halo, even though I never got that into the game. So for those of you who are really looking forward to the next Halo, there is the most solid release date indicator yet. More information from the official Bungie weekly update. We’ll keep an eye on Bungie for narrowing down the release date – I’m betting mid-November to get all the holiday sales while still giving as much time as possible for bug hunting.