I just shamelessly stole this picture from the Deadly Computer blog. 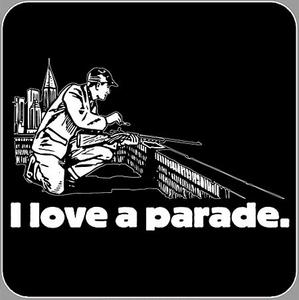 I’m sure that will offend someone.

We all know that medical care and especially drug costs are crazy high in the US. We’ve probably all heard the many commercials that recommend jumping from name-brand drugs to generic drugs. However, not all drug manufacturers find that to be a good idea. In an attempt to protect the big-money drug LipitorTM, representatives from Pfizer are citing a widely questioned study that indicates patients on generic cholesterol-blocker simvastatin die more often and have more heart attacks.

While simvastatin is not a generic equivalent for LipitorTM, it is a generic version of competing cholesterol-blocker ZocorTM. Studies other than the one Pfizer is referring to show that at the most commonly prescribed doses of LipitorTM, simvastatin is equally effective for most patients. Naturally, Pfizer representatives disagree.

The company has mounted a campaign that includes advertisements, lobbying efforts and a paid speaking tour by a former secretary of the federal Department of Health and Human Services. Pfizer is also promoting a study – whose findings many experts are questioning – that concluded that British patients who switched to simvastatin had more heart attacks and deaths than those who remained on Lipitor.

Naturally, the mighty dollar plays in here. And I do believe Pfizer has not only a right, but a duty to shareholders to try protecting such a big funding source. However, I think reliable science needs to be behind any claims used to try swaying opinions, and apparently the study in question may not be reliable science. We’ll just have to see how it turns out, I suppose.

I also take issue with the following claim from a Pfizer senior vice president:

END_OF_DOCUMENT_TOKEN_TO_BE_REPLACED

In a special show of stupid, a man nicknamed “The Texas Snake Man” has set a new (stupid) world record by sitting in a bathtub with 87 rattlesnakes. Real, live, fanged, venomous rattlesnakes.

Another day, another bizarre world record for Jackie Bibby, “The Texas Snake Man.” Bibby spent about 45 minutes in a see-through bathtub with 87 rattlesnakes Monday, shattering his own record by 12 snakes just in time for Guinness World Records Day, which is Thursday. The record was certified by a Guinness official.

The record was Bibby’s latest grab at glory. Last year he set a Guinness-certified record by holding 10 rattlesnakes by their tails in his mouth at once. He said he plans to break that record Tuesday by squeezing in an 11th.

I don’t mean this as an insensitive comment, but he might do well to ask Steve Irwin (nee The Crocodile Hunter) a bit about how long you can go around dangerous animals before your luck fails.

The article discusses other official and unofficial records held by Bibby, so head over to get the full scoop if you want to see how far someone can press their luck.

[tags]The Texas Snake Man, Rattlesnakes, Snakes – why did it have to be snakes?, World record[/tags]