You know, there are some things in life you just don’t want to get stuck with – Paris Hilton, any of the competitors from any reality TV show, and this: 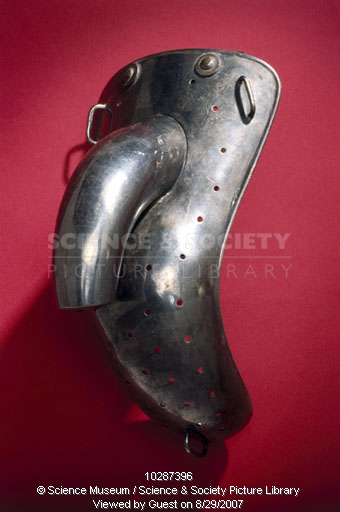 That, dear folks, is a male anti-masturbatory device from around the start of the 20th century in Great Britain.

Check out midwest teens and their sex podcasts.

Each episode is sort of a parody of a given sex-ed topic (birth control methods, the ethics of dating much-older men, and so on) — but presented in a deadpan, internet-funny fashion. May or may not be work-safe (explicit subject matter) but it’s not pornography by any means. Just sharp sarcasm that rings true, with good advice.

It’s tame stuff, and not the pr0n you perverts were looking for.  (via boingboing) 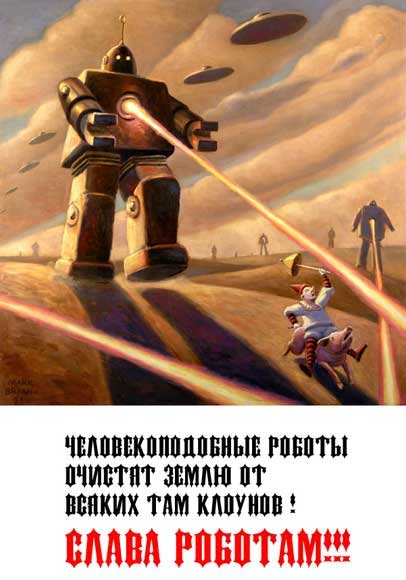 Check out this awesome poster the boingboing gadget blog put on display. No idea what the text says, but clearly it is further evidence of the coming robot uprising. Note that the image creator must have been coulrophobic – a clown on a pig getting shot at by a robot with a energy-cannon for a belly-button. That, dear folks, is what is called “pure win” by gamers on t3h intarpip3s.