If you spend a lot of the time reading news on the web, keep up with the newspaper, or watch the news regularly on television, you have probably already heard some about the potential new cancer treatment via dichloroacetate (DCA). DCA is a long used compound previously known for combating mitochondrial diseases. It also is known to have very few and mild side-effects. This could be huge in treating cancer. 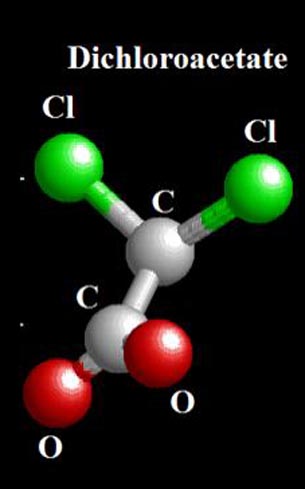 Dr. Evangelos Michelakis, a professor at the U of A Department of Medicine, has shown that dichloroacetate (DCA) causes regression in several cancers, including lung, breast and brain tumors.

Michelakis and his colleagues, including post-doctoral fellow Dr. Sebastian Bonnet, have published the results of their research in the journal Cancer Cell.

DCA functions by normalizing the behavior of mitochondria. Cancer has been known to alter the effects of mitochondria, and the belief has long been that this damage was permanent. The testing Dr. Michelakis has done shows that at least for some cancers, this is not true.

Michelakis and his colleagues found that DCA normalized the mitochondrial function in many cancers, showing that their function was actively suppressed by the cancer but was not permanently damaged by it.

More importantly, they found that the normalization of mitochondrial function resulted in a significant decrease in tumor growth both in test tubes and in animal models. Also, they noted that DCA, unlike most currently used chemotherapies, did not have any effects on normal, non-cancerous tissues.

There are a lot of benefits and few risks invovled with DCA, which makes this research especially promising. Unfortunately, since it is an old drug and no longer under under any patent protection, Dr. Michelakis is concerned about getting funds for testing this treatment. I guess we’ll just have to keep watch on what happens with this. Hopefully in the near future there will be another strong treatment available for cancer victims.