I’m not quite sure why the site is showing up with a lot of theme settings missing. I’m trying to clean up the display and get it working correctly. I can’t remember changing anything to throw things off, but it appears that I have done something, so I have to track it down.

UPDATE: Fixed it.Ã‚Â  And in the process got some ideas of some changes I want to implement.Ã‚Â  Look for a few minor tweaks in the near future as I have time to work.

I’ll have to leave most of the cool pictures on the original site. Here’s just a teaser image out of several really neat pictures. 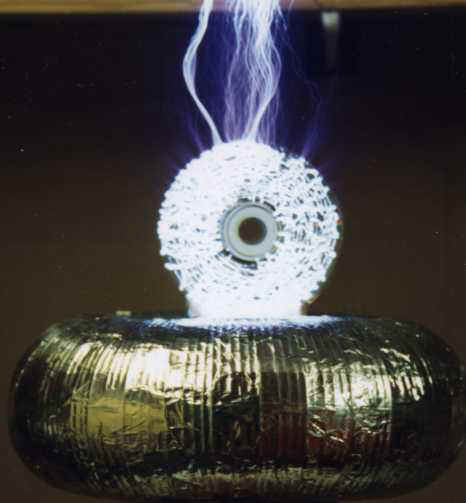 This trick really requires more than just a CD – you need a microwave and a Tesla coil as well. (via Neatorama)

[tags]CDs and Tesla coils look great together, Another visually appealing use for those AOL discs[/tags]

Sometimes, you just find people who have an almost supernatural talent for parenting. I’m thinking these folks are on the other end of that spectrum.

The girl, who lives in Florida, wrote on the Internet site that the couple had given her cocaine and marijuana several times while she was visiting them over the holidays at their home in Kent County, according to police.

They were charged with two counts of child abuse and one count of contributing to delinquent conditions of a minor child. He was being held yesterday on $10,000 bond and his wife on $3,000 bond.

Unfortunately, current laws do not appear to allow charging people with additional counts of stupid, nor adding fines for idiocy. Hopefully this young girl doesn’t have her life screwed up because of this.