There are scumbags out there who think it’s cool to sexually abuse children. Some of the extra stupid of them post pictures on the internet of themselves with children they’ve abused. Thinking that simple photo manipulation will keep their identities secret, these idiots thankfully don’t realize that such editing can be undone. Recently, Interpol posted one such partially restored image and asked the public to help identify an abuser who has for years posted images of himself with many different children. 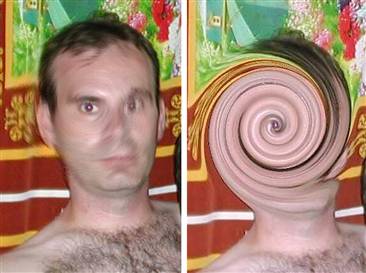 [Interpol child abuse database overseer] Persson said he personally had opposed making the photos public because it demonstrated to criminals that police can now unblur pictures. But that consideration and the risk that the man could face public humiliation or even violence now that he is recognizable were outweighed by the desire to protect other children from abuse.

Points for the good guys, and hopefully they’ll catch this bastard soon. Sadly, people like this, when caught, are often kept in solitary confinement to protect them from other prisoners. Even among criminals, child abusers are looked down upon. According to folks I’ve known in law-enforcement, child abusers tend to be especially abused in prison if not kept separate.