Here’s a super cool way to see detailed “what is running on your system?” information and who is communicating with you 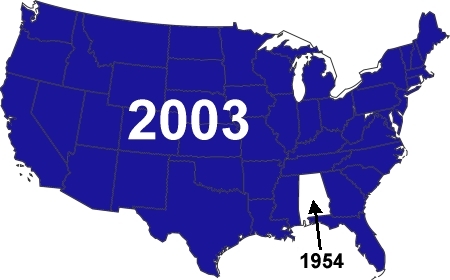 Now why would he intimate this? Well, let’s just take the quote he used and see if it tempts you to read the full story.

With the state’s weather forecasters not delivering much-needed rain, Gov. Bob Riley on Thursday turned to a higher power. The governor issued a proclamation calling for a week of prayer for rain, beginning Saturday.

Yes, there seems to be an attempt to solve a lack of rain through prayer. Now go see what Andrew has to say about it.

Thanks to the quick thinking of one man, we have one less vampire to threaten the world now.

A peacock that roamed into a fast-food restaurant parking lot was attacked by man who vilified the bird as a vampire, animal-control authorities said.

Beaten so fiercely that most of his tail feathers fell out, the bird was euthanized, said Richard Gentles, a spokesman for the city’s Center for Animal Care and Control.

Please don’t think I actually condone beating animals. I hate to think how many crazy people are out and about, hidden in plain sight. And here, I don’t mean “suffering from minor or major mental disabilities” crazy, but rather “potentially and likely dangerous but not recognized as such” crazy. It’s not hard (for me) to think that someone who would beat a peacock because they believe it to be a vampire as falling into both categories. I’m all for helping treat those in the first category and trying to help them function in the world as it is. I’m pretty much not so much in favor of helping the second category group back into society at large without major improvements at recognizing whether or not they actually still fall into the second category.

[tags]He started it!, The peacock was a vampire, Protecting the world from vampiric fowl[/tags]

Man, this is the kid I want as my big brother when I’m going through life on the next pass-through.

A 5-year-old boy grabbed a rabid fox by the neck and pinned it to the ground during a family cookout, protecting six other children before his stepfather could step in.

“I wanted to protect my little brother,” said Rayshun McDowell, who battled the animal in the front yard of his home Sunday in Kingstown, a town about 50 miles west of Charlotte.

[tags]Bad-ass of the year in under 10 category, Big brother of the year, He opened a can on the fox[/tags]