While waiting for the City of Heroes servers to come back online today, I decided to tour the LOL cats gallery I knew. This led to a brief but entertaining LOLcats addiction, including Cheezburger time and the Dropline gallery, too. Sure, there’s some overlap, but the funnah makes t3h intarw3b go around. 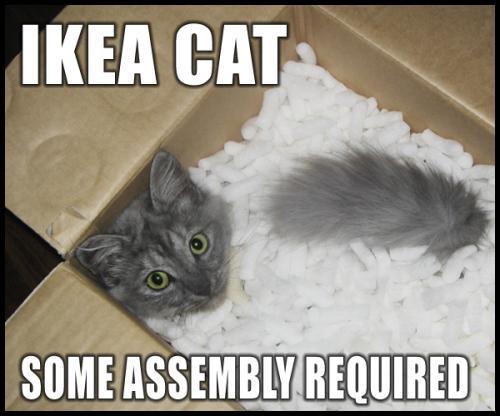 END_OF_DOCUMENT_TOKEN_TO_BE_REPLACED

Sometimes, I like it when my cow-orkers send me jokes. True, most of the time, they are inane (the jokes, not the cow-orkers – they are almost always inane). However, one particular cow-orker (let’s call him J.W.) almost always shares good stuff. This is one of his.

Two boys in Boston were playing baseball when one of them was attacked by a vicious Rottweiler. The dog had already locked his jaws on the Boy’s legs.

Thinking quickly, the other boy ripped a board off of a nearby fence, wedged it into the dog’s collar and twisted it, breaking the dog’s neck.

A newspaper reporter from the Boston Globe witnessed the incident and rushed over to interview the boy. The reporter began entering data into his laptop, beginning with the headline, “Brave Boston Red Sox Fan Saves Friend From Jaws Of Vicious Animal.”

“But I’m not a Boston Red Sox fan,&rdquot the little hero interjected.

“Sorry” replied the reporter. “But since we’re in Boston, I just assumed you were.”

“But I’m not a John Kerry fan either,” the boy protested.

The reporter replied, “I assumed everybody in this state was either for The Red Sox, John Kerry, or Ted Kennedy. What team or person do you Like?”

“Well, I’m a Texas Ranger fan, and I really like President Bush,” the Boy answered.

So true, the twist people put on those who disagree with them.