Mmmmmm, I love pretty PC cases. This is one of the nicest looking mods I’ve ever seen. I’ve actually had thoughts to do my own, even before seeing this one. Now I doubt I’ll even try it, as that just looks too good for me to try and fail at. 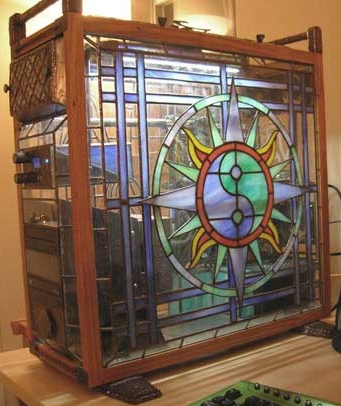 This is not available for purchase yet, but Samsung has announced plans to ship an LCD that connects to your PC via USB only.

Known only as the 940UX, the 19-inch LCD would toss aside both DVI and VGA connectors to plug into a computer’s USB port. Instead of relying on a graphics chipset, the display would use the CPU to power its video. This would have the advantage of allowing as many LCDs as the computer’s USB ports and performance will allow, according to the French news outlet.

This won’t be a display for a gamer, as the display processing will be handled by your processor instead of your video card. Still, for a typical office-worker desktop, this could be really handy. To get extra display area, you just need to plug one of these in to a USB port, load the drivers, configure multi-display in Windows, and use it. There is no system to open, no extra card to install, and no cost beyond the price of the LCD. While there are other ways to add display area for a user, it’s hard to imagine a much simpler way to add display space to the typical office-user computer. And honestly, I wouldn’t mind having one or two of these around just in case I need to add to a system at home. (via crunchgear)

First, not all of these screen-heroes are nerds – some are geeks. That out of the way, check out Popular Science’s all-time favorite on-screen nerds.

17. Chris Knight and Mitch Taylor (Val Kilmer and Gabe Jarret) in Real Genius A house destroyed by massive quantities of popcorn, the “Tanning Invitational” full of bikini-clad women, and a car taken apart and reassembled in a dorm room–Chris Knight and Mitch Taylor pull these stunts and more to prove that nerds can party as hard as anyone. Real Genius is like Animal House but with lasers and dry ice. 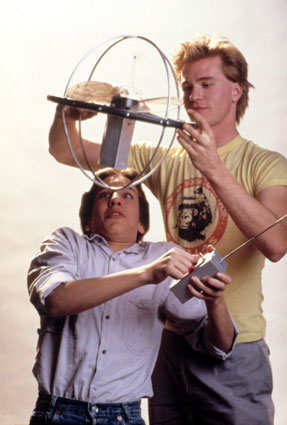 END_OF_DOCUMENT_TOKEN_TO_BE_REPLACED

Do you find yourself tensing up when you realize you have to parallel park? Do you pass potential parking places because you’re not sure you can get your car in? Have you heard about the auto-parking feature from Lexus? Perhaps you’ve thought “If only I could afford that, I could park anywhere.” Well, before getting too hopeful, perhaps you should listen to this audio clip from Talk of the Nation, in which the hosts talks to someone who tested the auto-park feature on the car.