Overused “Frog in boiling water leaps out, frog in water slowly heated cooks/dies” story, ummm, turns out to not be true

Dear {$diety}, the more I post, the more I realize I need to add a “Stupid” category for entries here. The latest news article which would make the category is I had it is this bit of insight into the 2nd amendment (and a shorter link if that one is broken) from the Detroit-based think tank Institute for Social Policy and Understanding. Let’s see what ISPU tells us about our 2nd amendment.

The idea of terrorist cells operating clandestinely in the United States, quietly amassing handguns and assault rifles, and planning suicide shooting rampages in our malls, is right out of Tom Clancy’s most recent novel. If not for the fact that the 9/11 attacks were also foreshadowed in a Clancy novel, I would have given the idea no further thought.

END_OF_DOCUMENT_TOKEN_TO_BE_REPLACED

I’m a gamer. Perhaps you’ve picked up on that if you know me in real life, have read my meaningless posts for long, or been in some of the forums where I post. When people ask me what games I play, my answer for well over two years has been City of Heroes (and along with it, City of Villains, although I’m not much for playing the bad guy). I like the super-hero theme, I have a lot of folks I know in game now that I enjoy teaming with, I find that I can have fun playing solo or teamed, I don’t feel obligated to join 120-person raids (something folks in World of Warcraft, and I believe Everquest, know all too well), and I can sit and play with my kids since it isn’t a bloody and excessively violent game. If you aren’t a City of Heroes/Villains player and you’ve made it before, you’ll probably want to skip the rest, as it only applies to folks playing those games.

END_OF_DOCUMENT_TOKEN_TO_BE_REPLACED

I know some people will get pissed off at these, but I just found this guy’s whole images of torture in Iraq photo set to be too humorous to pass up. 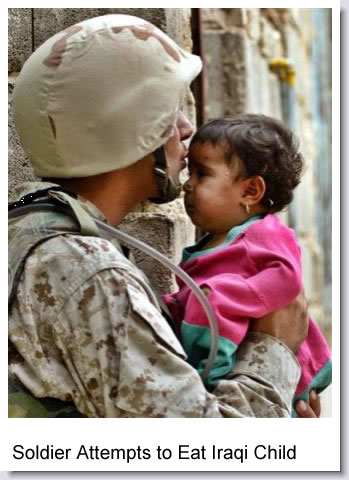