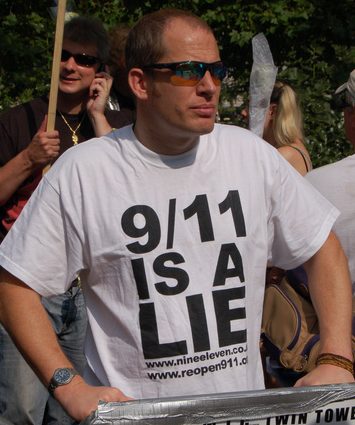 generally not a big believer in conspiracy theories. I actually believe JFK was assassinated by a non-governmental wacko without prompting from government representatives who wanted the President gone. I believe that we Americans were actually surprised by the attack on Pearl Harbor, and that it wasn’t some Presidential plot to get the US into war. I don’t think President Clinton had all those folks assassinated to cover up crimes committed by him and Hillary. And I most certainly don’t believe that President Bush knew in advance about the 9/11 attacks, nor that the government or some all-powerful private entities somehow planned, orchestrated, or covered up facets of the attack and let the attack proceed in order to (among other ridiculous claims) destroy the World Trade Center. However, there are plenty of people who believe those conspiracy theories, and a lot of them especially believe that last one.

Rosie used to just be funny, in my opinion. I remember watching her stand-up stuff around 20 years ago and enjoying it. Now, she’s gotten too wacky for me to listen to her. She’s free to spout her views. I’m free to look elsewhere for something to occupy my time. The above link ties back to a boycott-The-View-because-of-Rosie’s-nonsense bit, which is where the Rosie tie-in comes from in my posting here.

According to superdickery, Superman was really a dick

Up for a bit of swimming? I recommend against the Congo, where you’ll find these freakishly scary fish in the waterway (via Neatorama)