Oh, the things I have seen. I’ve seen things you people wouldn’t believe. Attack ships on fire off the shoulder of Orion.

Errrr, wait. That’s not right. Sorry – had a moment where I think I called upon the spirit of Roy Batty.

What I meant was, I’ve seen a lot of cool stuff posted on the web. And it’s not always posted on the more visited or more “cool” sites. So here we’ll take a peek at one of the cooler things I’ve seen online that wasn’t posted on absolutely every major geek site out there (sure, a lot of them covered it, but one or two had to have missed it). Check out this home built Gaussian pistol (also known as a rail gun – at least to gamers). 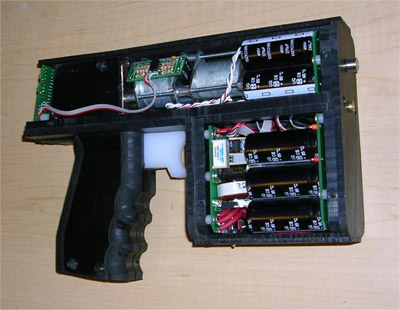 Man, that looks like a cool project. (via DIYlive)

I haven’t posted one of these in a while, but I still read XKCD every few days to see the latest comics there. I usually get a good laugh out of them. But when I see the really good ones, I have to share. I used to believe this would happen, and I bet most other kids did, too.