Until Monday, Sept 3rd, you can pick up any shirt at Threadless for $10. They specialize in off-the-beaten-path designs, and have some of the most original offerings I can recall seeing. I may have to get myself an Original Gamester shirt. 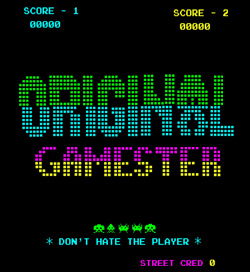 Or maybe the birds and the bees. 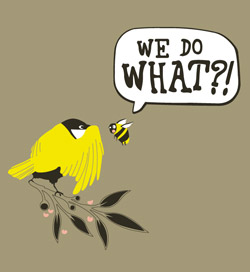 There are a few others I’d like, as well. May just have to put together an order for some before the week-end is over.

In this case, the misfortune of which I speak is the class action lawsuit the recording industry may now face for suing innocent people in their efforts to shut down peer-to-peer filesharing. Understand that I’m not saying people should be allowed to illegally provide mp3 files of music to others. Rather, the RIAA has abused the legal system to intimidate people, and now it is getting the payback it deserves from those wrongfully accused or bullied even though they have committed no crimes.

The scene at RIAA headquarters this week must have been fascinating. The group yesterday announced that it has finished sending out a new batch of 503 “pre-litigation letters” to 58 different universities around the US, generously offering to let students settle copyright infringement claims “at a discounted rate” before those claims go to trial. The letters blanketed the country, going everywhere from the University of Hawaii to Swarthmore, from Boston College to Tulane, from Emory to Chico State. And then the RIAA learned that its aggressive litigation tactics have placed it on the receiving end of a class action lawsuit.

Single mom Tanya Andersen, a defendant in a previous lawsuit brought by the RIAA, was one of the first to have her case dismissed with prejudice (it cannot be refiled at a later date). Throughout the court battle, she maintained her total innocence, a claim given even more plausibility by the fact that she was charged with downloading numerous gangsta rap tracks.

Now, she is suing the RIAA, and her attourney has requested that the suit be elevated to class-action status. Happy happy, joy joy.

The illegal file sharing needs to be stopped. The manner in which the RIAA chooses to do that is too far-reaching and exceeds legal bounds constantly. This needs to be shut down and the agency needs to be forced to a new tactic in their efforts to shut down illegal filesharing.

My older son is still having problems related to writing. Not that he can’twant to write, and has trouble sitting still long enough to write much. After getting the OK from his teacher to try letting him type his journals instead of writing them, my wife has been looking at typing tutor software. Looking around on my own, I found this cool looking Flash-based typing game called Word Shoot. You stand in the middle of a battlefield of sorts and type words on approaching enemies to shoot them down. 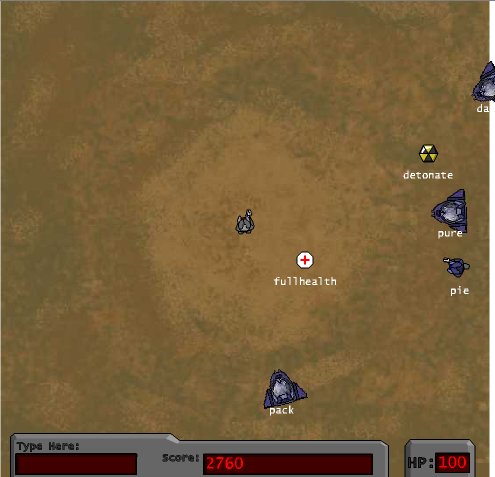 Just the kind of thing my son might enjoy, and on the easy level it starts out slowly enough that he might be able to get a few enemies before getting overwhelmed. Sort of a typing-tutor by fire thing.