Sometimes, the best techie reading is the quick read things about what goes wrong with hardware and software. In this case, I’m thinking about things like the Daily Shark or Ed Foster’s Gripeline. So while perusing recent gripes at Infoworld, I found this case of vendor lock-in, and my first thought was that this could have been avoided if government agencies were to require vendors to use open source software or open interfaces for all future projects. Because this requirement wasn’t in place, we taxpayers had to fork out an additional $20 million to pay for the Air Force to keep maintenance available for $80 million worth of uninterruptible power sources.

In 2003 the U.S. Air Force held an open bidding for a post-warranty service contract on about $80 million worth of Powerware uninterruptible power supply (UPS) equipment it had purchased in 2001. At that meeting, Air Force officials and the other bidders were surprised when Powerware informed them that proprietary service software is required to fully maintain the UPS equipment and that Powerware would not provide that software to any of the third-party bidders or to the Air Force itself. As a result, the Air Force had no choice but to award the contract to Powerware, costing U.S. taxpayers more than $20 million over what some of the other firms said they were prepared to bid.

What makes some customers even madder than Powerware’s refusal to provide the software is the total lack of information about it when they purchased the equipment. “Even now you don’t see a word about it in their sales literature or on their website,” says one reader who encountered the Powerware lockout surprise while working for a financial institution. “How can it be legal for them to hide the fact that they will not let you have this tool that is needed to properly use and maintain the equipment you’re buying?”

Require all software interfaces to be either fully open via open source software included with the equipment or require all software interfaces to be freely accessible via fully documented open interface specifications or APIs. This isn’t an easily solved problem, but this is something our government needs to start doing now so we don’t find ourselves as taxpayers paying this exhorbitant support bills for years and years after the original contracts expire. It would take time to get contracts properly created and written to cover this, but it is something that we need to see happen. This is especially important if vendors go out of business and proprietary interface information is lost to the ether.

[tags]Infoworld Gripeline (with Ed Foster), Our governmental agencies need to write open software interfaces into all hardware and software contracts[/tags] 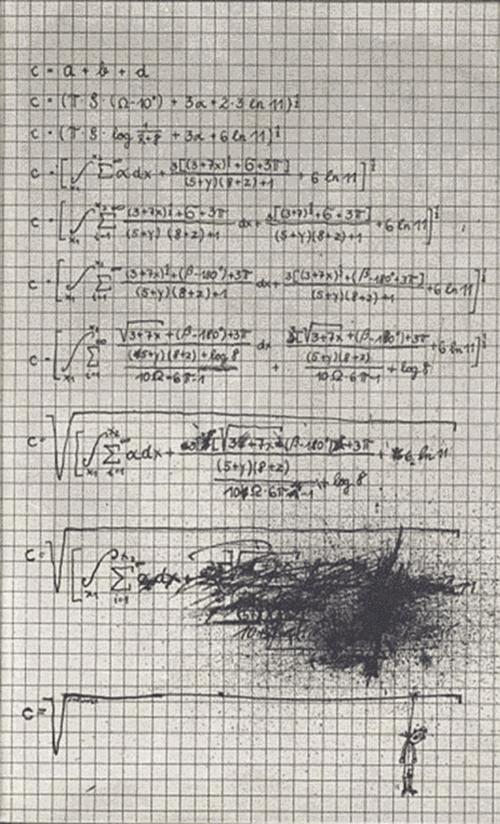 Business failing? HIV infected? Looking at the rest of a miserable life and thinking “How can this be changed?” Naturally, mutual suicde is the way to go, right? Just try to come up with a smarter, more likely to succeed method than these two unsuccessful losers.

Two Atlanta men survived an attempt to kill themselves Friday by cutting off their arms with a circular saw, according to Atlanta Police Major Lane Hagin.

The men managed to sever three of their arms about six inches above the wrist, he said.

The two men – ages 40 and 41 – left a suicide note with the manager of their Atlanta apartment building saying they were committing suicide because their business had failed and they were recently diagnosed with HIV, Hagin said.

After reading the note, the manager called police who found the two men in their apartment with “a lot of blood,” the major said.

Their names were not released. Police spokesman Steve Coleman said both were in stable condition at Grady Memorial Hospital late Friday and will undergo psychiatric evaluation.

My theory is the men made it to the 75% mark on their attempt before realizing the error of their selection. But that’s just a theory.

[tags]Bad suicide attempt, The wrong way to end it all[/tags]

Not much meat to this story. Here’s the full article about the coming Zelda for the DS, Phantom Hourglass:

San Francisco (CA) – Zelda will join the ranks of many other classic Nintendo franchises that have made their way online, with the release of Phantom Hourglass later this year.

In an interview with Game Informer magazine, Zelda co-creater Eiji Aonuma was asked if The Legend of Zelda: Phantom Hourglass will have online multiplayer battles. Without elaborating, he just said, “Yes.”

As with many other gamers with a long history of Nintendo gaming, I’m a sucker for the Zelda games. I hear the CD-Interactive Zelda games were horrid. But I’ve never played a bad Zelda game (and I totally skipped the CD-i generation because that whole technology looked stupid to me, even back then). I’m looking forward to Zelda on the DS. (via Joystiq)